There are four playable classes available in the game Outriders. Each Outriders class skills are different. Every class has eight skills in total, starting with a single skill and unlocking more on level up. Each class has a different feel. This guide gives an introduction to each path available so you can choose the best Outriders path for you.

The four classes available in Outriders are:

Tricksters have hit-and-run tactics to deliver killing blows by slowing your enemies down while you escape. All enemies hit by slash will be temporarily paralyzed which is display by their skeleton becoming visible. Slowing the enemy down is a key trickster skill as it allows you to put lead into any enemy caught in the effect. It has the ability to teleport you directly behind the enemies and surprise them. It causes maximum damage and kills when a combination of skills is used together.

#1 Temporal Blade: Paralyze and slice enemies in front of you dealing damage and inflicting Slow and Interrupt to all targets.
TYPE: DAMAGE INTERRUPT

#3 Hunt The prey: Select an enemy and teleport behind them, receiving a shield bonus.
TYPE: MOVEMENT

#4 Twisted Rounds: Fill your current weapon’s magazine with Anomaly-infused bullets that increase your Fire Power. The skill lasts until you reload or switch weapons.
TYPE: DAMAGE

#5 Cyclone Slice: Create a whirlwind of Anomaly blades that deal damage and Interrupt onto enemies within a small radius of you with every hit.
TYPE: DAMAGE INTERRUPT

#6 Borrowed Time: Receive shield and mark your location. Triggering the skill again will bend spacetime and teleport you back to the marked spot.
TYPE: MOVEMENT

#7 Venator’s Knife: Throw a temporal knife at an enemy. The blade will ricochet between a maximum of 5 enemies within a small radius, dealing damage and marking them. All marked targets will be inflicted by slow and the first damage dealt by you will be doubled.
TYPE: DECEPTIONS

#8 Time Rift: Create a shock that suspends the enemies in the air, leaving them unable to fight for a few sec and Inflicts weakness.
TYPE: DECEPTION INTERRUPT

Technomancer is a class that excels in long-range who can heal teammates as well as themselves. Using the powers of the Anomaly, they’re able to use items to interrupt and inflict damage. It can place a missile launcher and bomb the area. It can interrupt enemies using a rocket launcher, etc. 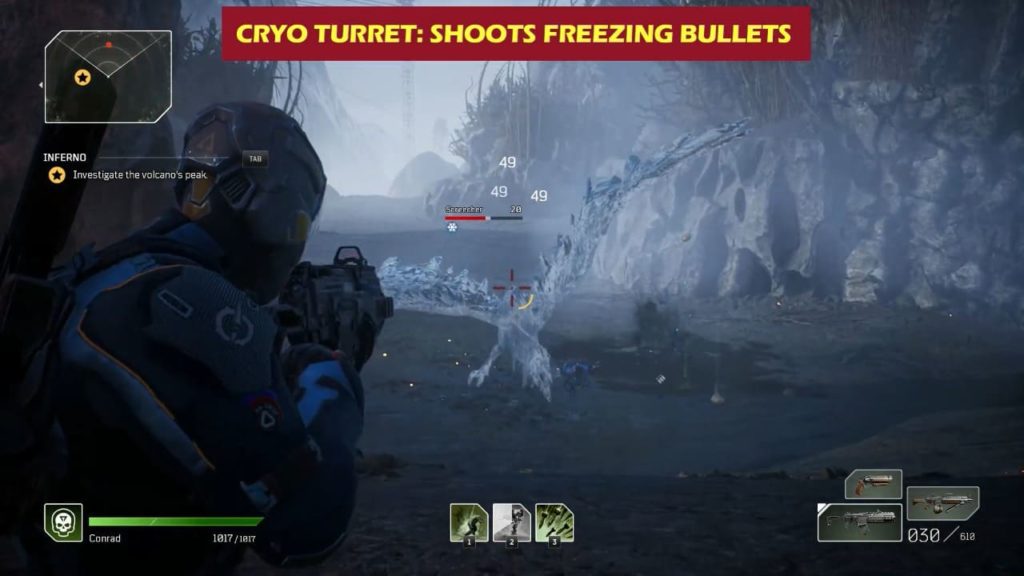 #1 Srapnel: Throw a proximity mine. The explosion deals damage and Interrupt the skill of enemies caught within the blast radius.
TYPE: ORDNANCE INTERRUPT

#2 Cryo Turret: Place an automated turret that deals damage and inflicts Freeze onto enemies. The turret’s health depletes slowly over time and when it takes damage.
TYPE: GADGET TURRET

#3 Pain Launcher: Place a missile launcher and bomb the area in front of you. Each missile deals damage per hit and Interrupts enemy skills.
TYPE: ORDNANCE INTERRUPT

#4 Blighted Rounds: Fill your current weapon’s magazine with decay-infused bullets that inflict Toxic onto enemies. Enemies within a small radius of the main target also received Toxic and 50% of damage. The skill lasts until you reload or switch weapons.
TYPE: DECAY

The skill will remain active until all ammo is depleted or until you switch weapons.
TYPE: ORDNANCE INTERRUPTS

#6 Fixing Wave: Release your energy to restore Health to all players and Health to your turrets, regardless of distance.
TYPE: GADGET HEAL

#7 Cold Snap: Drop a gadget to inflict freeze onto all enemies within a large radius around you.
TYPE: GADGET

#8 Blighted Turret:  Place an automated turret that deals damage and inflicts Toxic onto enemies. The Turret’s health depletes slowly over time and when it takes damage.
TYPE: DECAY TURRET 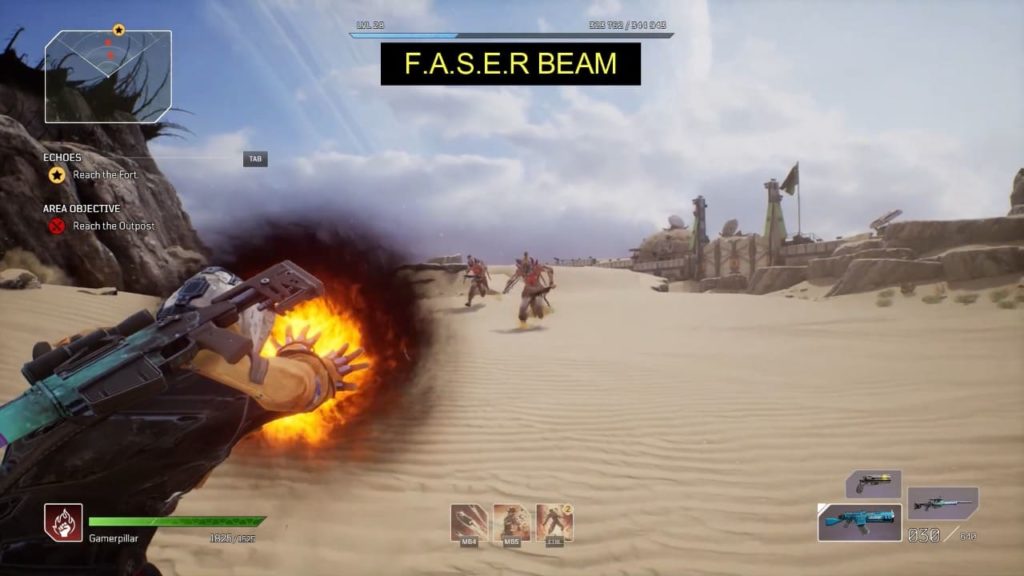 #1 Heatwave: Summon a fiery wave that deals damage and inflicts burn onto all enemies in its path.
TYPE: IGNITE

#2 Feed the Flames: Select and pull an enemy towards you dealing damage draining health and inflicting Ash.
TYPE: IMMOBILIZE

#3 Thermal Bomb: Select an enemy to Burn Interrupt and deal damage. If killed while still afflicted by the skill, the enemy will explode dealing damage within a large radius.
TYPE: EXPLOSIVE INTERRUPT

#4 Overheat: Deal damage to all enemies within a large radius and Interrupt their skill. Enemies afflicted with Burn receive damage instead.
TYPE: EXPLOSIVE INTERRUPT

#5 Volcanic Rounds: Fill your current weapon’s magazine with bullets that will ignite the air around enemies and inflict burn onto them, even if the bullet misses. If the bullet hits, it causes skill damage ignoring armor and piercing the target and, damaging the others behind them.
TYPE: IGNITE

#6 Ash Blast: Create an Anomaly blast to inflict Ash onto all enemies within a large radius around you.
TYPE: IMMOBILIZE

#7 F.A.S.E.R Beam: Fire an energy beam that deals damage, inflicting burns and causing Interrupt to enemies, hit be a beam, within a radius.
TYPE: IGNITE INTERRUPT

#8 Eruption: Create a volcanic eruption beneath the selected enemy and dealing damage to all enemies within a small radius.
TYPE: EXPLOSIVE