Watch dogs Legion is a Third Person action-adventure game developed and published by Ubisoft. Its the third installment of Watch Dogs Series set in a fictional post Brexit London in which you play the role of a hacker fighting against the Central Operating System (ctOS) that is invigilating the citizens. One big feature for Watch Dogs legion is that every NPC is a recruitable character with rich backstory.

Watch Dogs Legion’s initially planned release date was 6th March 2020 but due to Covid Pandemic the game has been delayed. Ubisoft has confirmed that the game is planned to be released in the financial year 2020-21, which means the game is slated to be  released before April 2021.

Platforms. Will Watch Dogs legion be on PS4 & Xbox?

Does Watch Dog legion have mulptiplayer/Co-op ?

Watch Dogs Legion will support co-op with upto 4 freinds. There will be no Split Screen option.

Single player mode will be playable offline. Internet will be required for Multiplayer though.

If you Pre-Order Watch Dogs legion Gold or Ultimate edition you’ll get 3 days Early access to the game.

Will Watch Dogs legion be on Steam?

Not Initially. Watch Dogs Legion will be Epic Exclusive for 1 year.

Ubisoft CEO has said that they plan to infuse cross play on all major Ubisoft titles. That means Watch Dogs Legion may aslo support cross play. But its not confirmed yet. 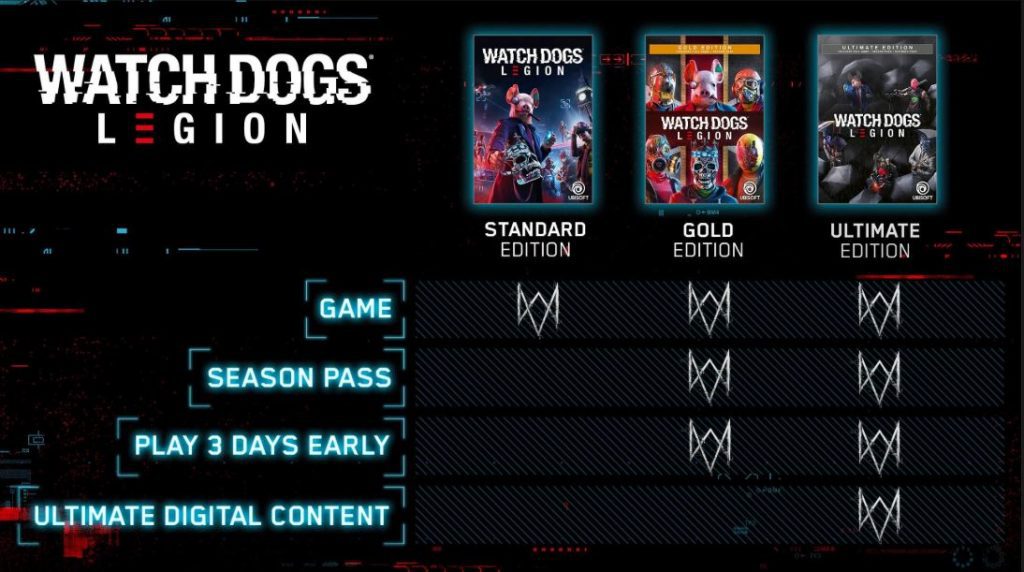 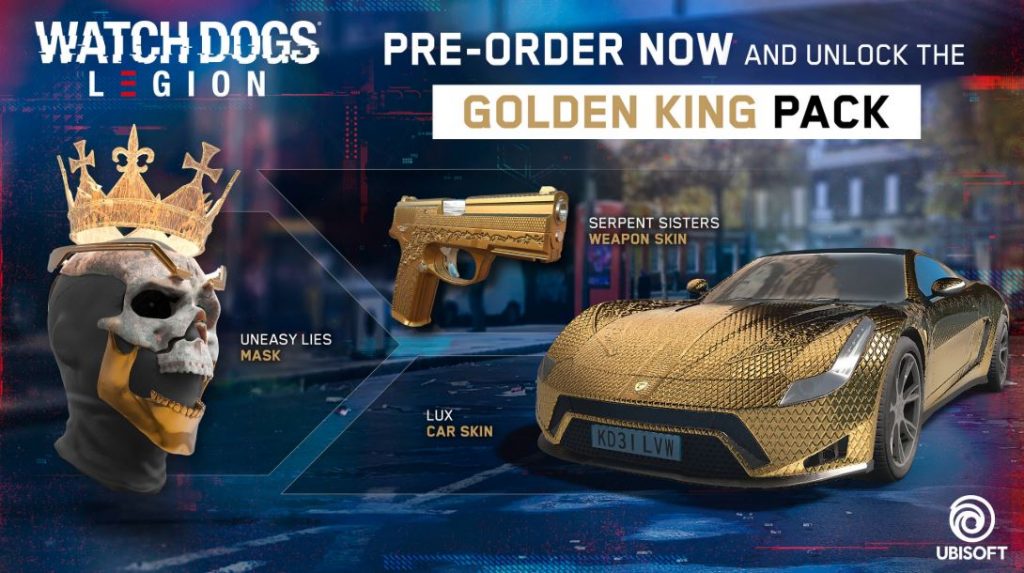 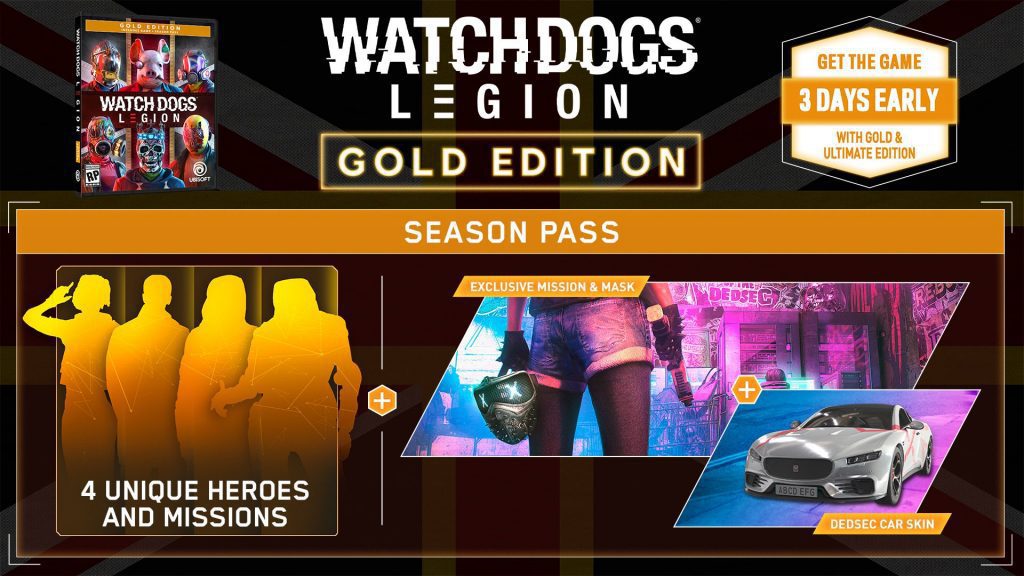 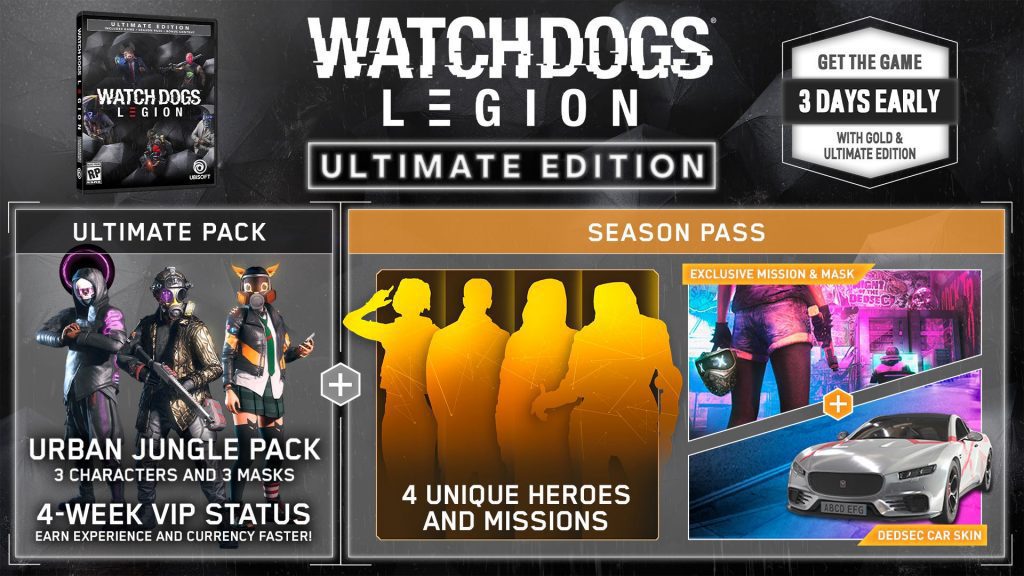 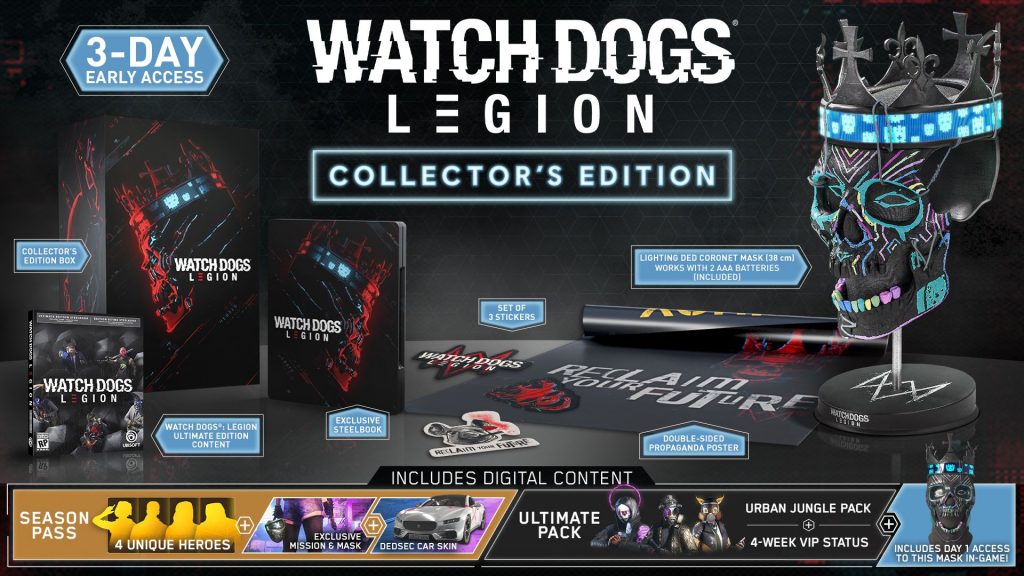 Since the game got delayed Playstation, as per their policy, has cancelled all the Pre Orders and has also taken out the Pre Order option from their store. This they also confirmed through twitter.

Physical copy for PS4 & XBox One can be however Pre Ordered from various online retailers and also from Ubisoft store.